In this lesson students examine four secondary documents and create a DBQ poster that will answer the the inquiry question: What internal and external factors shaped African-American South Central between the 1920's and 1950's? Between the 1920's and 1950's South Central was a neighborhood in which African-Americans were both welcomed and confined. Escaping the oppression of the South, black folks fled to Los Angeles, among other cities, for a better life. Before WWII, the black residents of Los Angeles had the highest rate of urban home ownership. Black intellectuals, politicians, athletes, artists and musicians from around the country flocked to South Central. Central Avenue became known as “Little Harlem.” Although Los Angeles was a space of refuge from the South, it was not free of institutional and interpersonal oppression. Housing discrimination and work discrimination were prevalent. Civic engagement was the response. The first west coast NAACP convention was held in the Somerville Hotel on Central Avenue. The Somerville Hotel was founded by the first black male and female USC dental school graduates.

What if the stories L.A. told about itself relegated you to the margins? This episode explores two underground guidebooks -- The Negro Travelers' Green Book and The Address Book -- that reveal the hidden geographies many Angelenos had to navigate, exposing Los Angeles as a place of coded segregation and resistance.
Coded Geographies

Lesson: What internal and external factors shaped African-American South Central between the 1920s and 1950s?

11.1: Students analyze the significant events in the founding of the nation and its attempts to realize the philosophy of government described in the Declaration of Independence.

11.6.4: Analyze the effects of and the controversies arising from New Deal economic policies and the expanded role of the federal government in society and the economy since the 1930's.

CCSS.ELA-LITERACY.RH.11-12.2: Determine the central ideas or information of a primary or secondary source; provide an accurate summary that makes clear the relationships among the key details and ideas.

CCSS.ELA-LITERACY.RH.11-12.7: Integrate and evaluate multiple sources of information presented in diverse formats and media (e.g., visually, quantitatively, as well as in words) in order to address a question or solve a problem.

When Central Avenue Swung: The Dunbar Hotel and the Golden Age of L.A.'s 'Little Harlem'

The 'Green Book' Guided Black Travelers Through Jim Crow America (And to L.A.)

Segregation in the City of Angels: A 1939 Map of Housing Inequality in L.A. 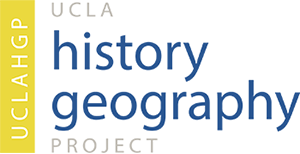 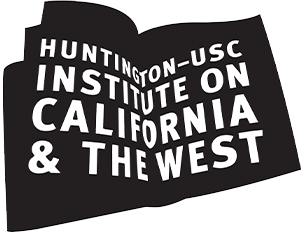 The Lost LA Curriculum project is a collaboration among KCET (Public Media Group of Southern California), USC Libraries, the UCLA History-Geography Project and the Huntington-USC Institute on California and the West.

Up Next
Read More

What happens to a place across time? (Grade 3)

What impact has urban development had on biodiversity in the Los Angeles area? (Grade 3)

The Tongva Before and After Spanish Arrival

What was life like for the Tongva before and after Spanish arrival? (Grade 4)