Following a screening of “Augie” Director/Producer James Keach, Producer Eric Carlson and Augie and Lynne Nieto attended a Q&A hosted by Cinema Series host Pete Hammond. Augie Nieto was known as the Steve Jobs of the fitness industry and popularized the LifeCycle in gyms across the country as the founder of Life Fitness. In 2005 at the age of 47, he was diagnosed with ALS, also known as Lou Gehrig’s disease. The documentary is about his journey to deal with this life changing disease with his wife Lynne alongside him, as they race to find a cure. Augie’s will to live and his continued drive to help find a cure for ALS have helped raise over $60 million for the scientific research of ALS through his Augie’s Quest Foundation.

Director and Producer James Keach is a multi-talented writer, director and actor known for his films "Glen Cambell...I’ll Be Me," "The Stars Fell on Henrietta" and "Walk the Line" which went on to be nominated for several Academy Awards® and won a Golden Globe® for Best Motion Picture.

Augie Nieto is an original pioneer in the fitness industry. At 47 he was diagnosed with ALS (Lou Gehrig’s Disease) which inspired him to launch Augie’s Quest Foundation, which funds research and drug development aimed at ending ALS. Augie set out with a goal to raise $3 million towards the cause. With the help of friends, family and the fitness industry, Augie’s Quest Foundation has raised over $60 million as of 2017 and, combined with the amount raised since Chairing ALS Therapy Development Institute (ALS-TDI), the number is well over $100 million. Producer Eric Carlson is the CEO and a co-founder of CK&D, a leading cause marketing and media group focused on brand, strategy, marketing solutions and content creation for some of the largest for profit and nonprofit organizations in the world. Carlson was also an Executive Producer of the NBC/Universal drama series Heartbeat.

Lynne Nieto is the high school sweetheart and wife of Augie. Lynne represents the Augie’s Quest Foundation at major events and speaking engagements, and is a board member of the ALS-TDI. 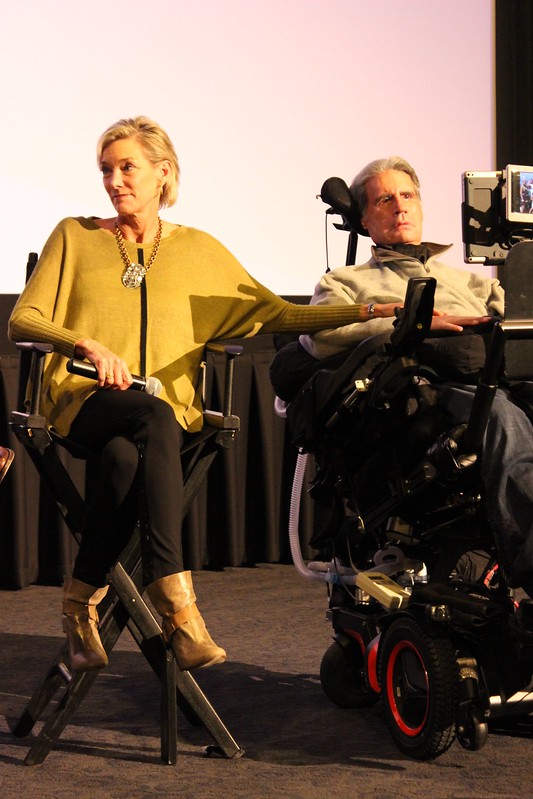