In the wake of the sexual revolution and the rise of the women’s movement, the 1973 tennis match between women’s world champion Billie Jean King (Emma Stone) and former men’s champ/serial hustler Bobby Riggs (Steve Carell) was billed as the Battle of the Sexes. It became one of the most-watched televised sporting events of all time, reaching 90 million viewers around the world. As the rivalry between King and Riggs kicked into high gear, few were aware that each was fighting more personal and complex battles off the court. Together, Billie and Bobby served up a cultural spectacle that resonated far beyond the tennis court, sparking discussions in bedrooms and boardrooms that continue to reverberate today.

Following a screening of "Battle of the Sexes", Directors Jonathan Dayton and Valerie Faris attended a Q&A hosted by Cinema Series host Pete Hammond. Dayton and Farris, who are married, made their co-directoral debut in 2006 with "Little Miss Sunshine"

Among other things, the couple talked about what it was like to work with Billie Jean King when developing the script. They discussed how much the film delves deep into King's personal life during a time when she was facing immense pressure professionally.

Listen to the Q&A and see pictures from all of our 2017 Fall KCET Cinema Series screenings below. 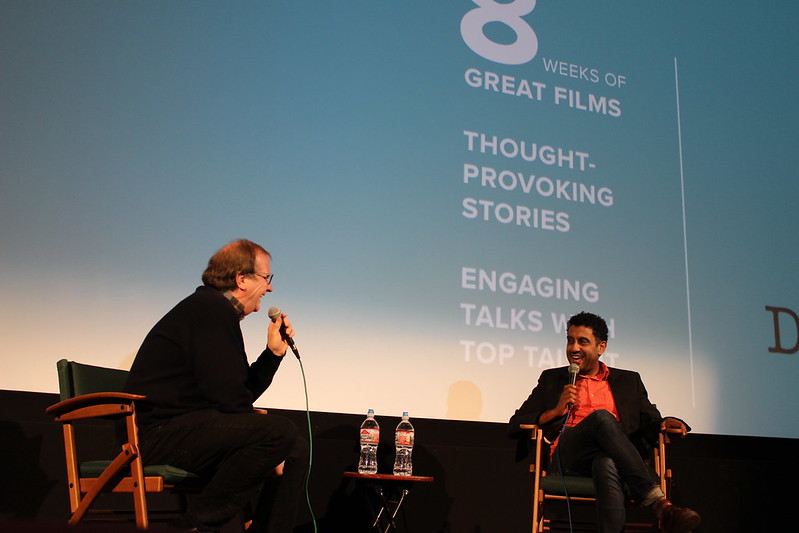 The 2017 Winter KCET Cinema Series is sold out. We hope you'll join us in the spring.