'Chappaquiddick' Relives the Past at the 2018 Spring KCET Cinema Series Following a screening of “Chappaquiddick,” writer/director John Curran and actor Jason Clarke attended a Q&A hosted by Cinema Series host Pete Hammond. In the summer of 1969, Senator Ted Kennedy is in a serious auto accident that causes his car to plunge off of a bridge on Massachusetts' Chappaquiddick Island. The accident results in the death of passenger Mary Jo Kopechne, a 28-year-old campaign strategist who worked for the Senator. Kennedy managed to escape the sinking car, but it took the Kennedy family 10 hours to report the accident which led to a formal inquest into the mysterious circumstances of the accident.

John Curran (writer/director) was born in Utica, New York, and attended Syracuse University where he studied illustration and design before moving to Australia in 1986. Curran made his feature directorial debut in 1998 with the movie "Praise," which won the FIPRESCI Award at the 23rd Toronto International Film Festival. His film credits include "We Don't Live Here Anymore" (2004), "The Painted Veil" (2006), "Stone" (2010) and "tracks" (2013).

Jason Clarke (actor) is an Australian native who emerged in the U.S. with a slate of critically acclaimed performances in both television and film. Clarke’s film credits include "Mudbound," "Everest," "Terminator: Genisys," "Knight of Cups," "All I See Is You," "The Man with the Iron Heart," "Dawn of the Planet of the Apes," "The Better Angels," "The Great Gatsby," "White House Down," "Death Notice" and "Child 44". Clarke is also well-known for his lead role in the Academy Award® -nominated and Golden Globe®-winning film "Zero Dark Thirty."

Clarke first came to America’s attention in the critically acclaimed dramatic Showtime series "Brotherhood." He also starred in "The Chicago Code" on Fox. In the world of independent films, Clarke starred in "Texas Killing Fields," which premiered at the 2011 Venice Film Festival, "The Human Contract," "Trust" and "Yelling the Sky." Clarke graduated from the Victorian College of the Arts in Melbourne and also has extensive credits in theater, both as an actor as well as a director. 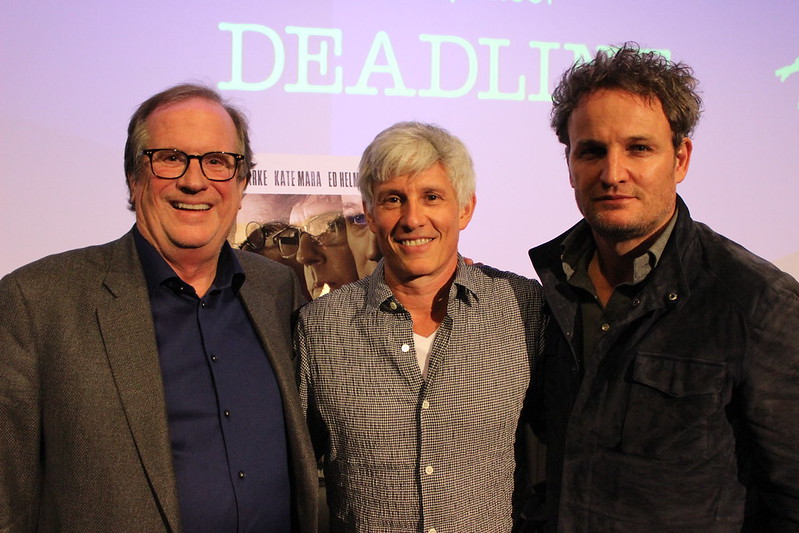