Following a screening of “Downsizing” director/writer/producer Alexander Payne attended a Q&A hosted by Cinema Series host Pete Hammond. Matt Damon stars in the sci-fi comedy about a man and his wife who decide to shrink down to the height of five inches to assist Norwegian scientists with the exploration of how the miniaturization of humans might correct a multitude of the world’s problems, including over-population and the utilization of natural resources.

Special guest Alexander Payne is a two time Oscar® winner in the category of Best Adapted Screenplay for his films "Sideways" (2004) and "The Descendants" (2011). He is also a three-time Academy Award ® nominee for Best Director for the film "Nebraska" (2013), as well as for "Sideways" and "The Descendants." Additional credits include the acclaimed films "Citizen Ruth" (1996), "Election" (1999), and "About Schmidt" (2002). Payne has also served as a producer on several of his films and was the Executive Producer of the 2009-2011 TV series "Hung." Payne currently serves on the boards of the Film Foundation and Film Streams, a cinematheque in Omaha, Nebraska.

Payne grew up in Omaha and studied History and Spanish Literature at Stanford before earning a MFA in Film at UCLA. Four of his six feature films were filmed in Nebraska, where he continues to live, dividing his time between there and Los Angeles. 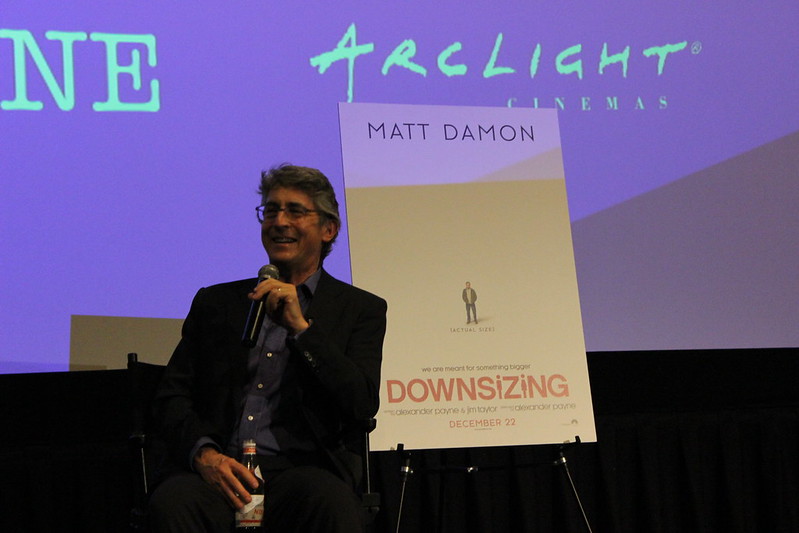