Following a screening of “Film Stars Don’t Die in Liverpool” actress Annette Bening and actor Jamie Bell attended a Q&A hosted by Cinema Series host Pete Hammond. The romantic drama is based on the real life memoir of actor Pete Turner and his romance with Hollywood legend Gloria Grahame in her later years. The film stars Vanessa Redgrave and Julie Walters.

Special guest Annette Bening is a four-time Academy Award ® nominee, two-time Golden Globe® winner, and two-time recipient of the Screen Actors Guild Award. Her film credits include "The Seagull," "20th Century Women," "Rules Don’t Apply," "Being Julia," "The Siege," "Mars Attacks!," "The Kids Are All Right" and "American Beauty." Bening has been honored at the Deauville, Boston, Palm Springs and Chicago Film Festivals with Lifetime Achievement Awards, as well as the Donostia Prize at the San Sebastian International Film Festival.

Her theater credits include "King Lear," "Ruth Draper Monologues," "The Cherry Orchard," "Talking Heads," "Hedda Gabler" and "Medea." Bening received both a Tony Award nomination and won the Clarence Derwent Award for Outstanding Debut Performance of the Season for her role in "Coastal Disturbances."

Special guest Jamie Bell shot to worldwide fame starring in the title role of Stephen Daldry’s "Billy Elliot." Among the many honors he received for his performance were the BAFTA Award for Best Actor, and the British Independent Film Award for Best Newcomer. Bell’s film credits include "King Kong," "Man on a Ledge," "Fantastic 4," "Flags of Our Fathers," "Jumper," "Jane Eyre," "The Retreat" and "The Adventures of Tintin: The Secret of the Unicorn" and many more. Recently Bell completed work on AMC's "Turn" in which he played the lead role of Abe Woodhull which was his first foray into American Television. 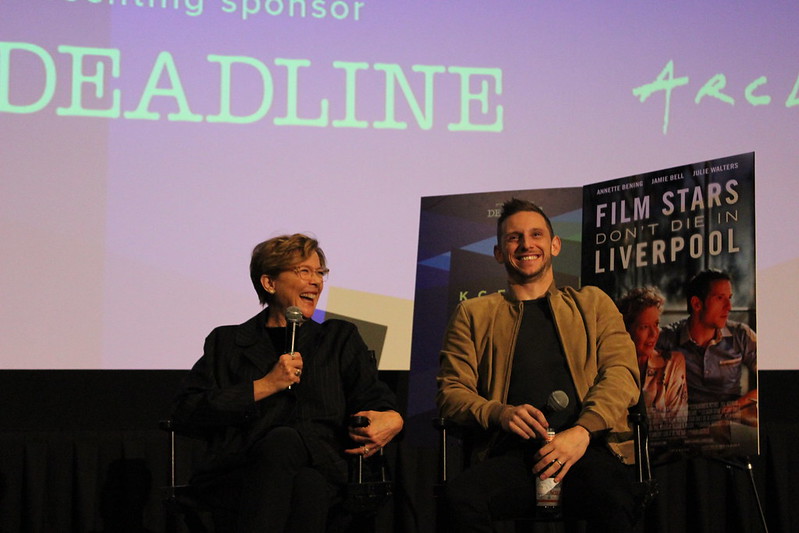