"Home Again" is the story of Alice, a newly divorced mother who moves back to Los Angeles and meets three young men (played by Pico Alexander, Nat Wolff, and Jon Rudnitsky) on her 40th birthday. After Alice invites them to stay with her temporarily, unexpected romance and self-discovery ensue.

The romantic comedy marks Hallie Meyers-Shyer's directorial debut. Meyers-Shyer was enthusiastic throughout the Q&A and reminisced about her longtime love with film thanks to her parents who are both movie directors. Meyers-Shyer mentioned that she shared her script with mother Nancy Meyers, a directorial legend in the genre, to receive notes. The new director even joked that her mother should receive a co-writing credit for the film considering the amount of input she had.

Listen to the Q&A:

Meyers-Shyer's father, Director Charles Shyer, known for the Father of the Bride movies was also in attendance to support the new film, which will be released in theaters on September 8, 2017.
See pictures from all of the Fall KCET Cinema Series below. 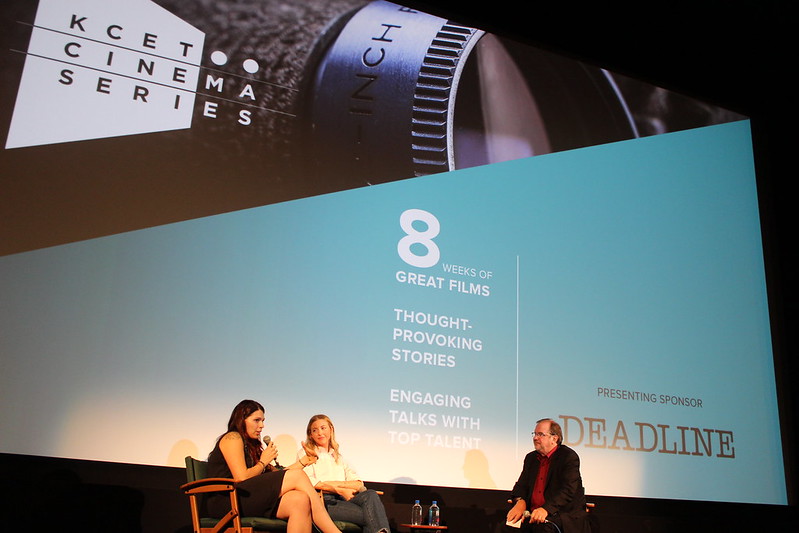 The 2017 Fall KCET Cinema Series takes place at the Aero Theatre in Santa Monica. Prorated passes are available on Eventbright. Some upcoming films include "Rebel in the Rye" and the newest Netflix documentary, "Fire Chasers".