The film was based on the life of author J.D. Salinger and the events that led him to write his masterpiece, The Catcher in the Rye. Although Strong was excited for his directorial debut, he joked that he always thought his first film would involve fast cars, big guns and a bank robbery. Something that would easily build suspense. However, when Strong came across a Salinger biography, he was eager to learn more about him. To his surprise, he found out that Salinger was a veteran which intrigued Strong and ultimately led him to direct his first film with Salinger as the prime focus.

Strong explained that when casting Salinger he was extremely picky considering this was his first directorial film, he had to get it right. He said that when Nicholas Hoult auditioned for the part he was perfect and naturally appeared to reflect Salinger's intellect. Strong also revealed that his favorite scene was one of the very last scenes because of how accurately he thought it portrayed Salinger and the relationships he had throughout his life.

"Rebel in the Rye" is scheduled to release to theaters on September 8, 2017. Other stars include Kevin Spacey, Sarah Paulson, and Zoey Deutch.

Listen to the full Q&A and see pictures from all of our 2017 Fall KCET Cinema Series Q&A's below. 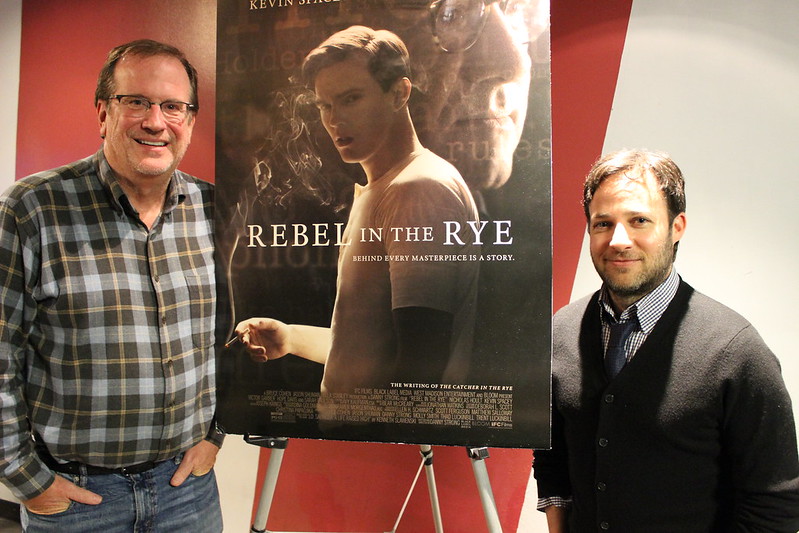 The 2017 Fall KCET Cinema Series takes place at the Aero Theatre in Santa Monica.Upcoming films include "Fire Chasers" and "Victoria and Abdul." See the full schedule here. You can purchase prorated passes at Evenbrite and individual passes for $25 per person at the door.