Based on the book “Thank You For Your Service” by David Finkel, the film tells the story of a group of U.S. soldiers returning from Iraq struggling to integrate back into family and civilian life, while living with the memory of a war that threatens to destroy them long after they've left the battlefield.

Actor Miles Teller had his feature screen debut opposite Nicole Kidman in the film based on the Pulitzer Prize-winning play “Rabbit Hole”. Teller’s notable films include 2011's "Footloose", "Project X", "21 & Over", "The Spectacular Now", for which he won the U.S. Dramatic Special Jury Award for Acting at the 2013 Sundance Film Festival, "War Dogs", "Bleed for This", "Only the Brave" and the Academy Award®-winning "Whiplash" among many others. Teller will soon start production on Too Old to Die Young, the Amazon series created by Nic Refn (Drive) and Ed Brubaker.

Writer/Director Jason Hall is an Academy Award®-nominated filmmaker and the child of a military family. His grandfather was a WWII vet, his uncle was a Marine in Vietnam and his half-brother was disabled in the Army during Desert Storm. His life experiences lead him to write the 2015 Oscar Award-winning film "American Sniper".

"Thank You For Your Service", starring Haley Bennet, Miles Teller, and Amy Schumer, is being released in theaters on October 27.

Listen to the Q&A and browse photos from all 2017 Fall KCET Cinema Series screenings below. 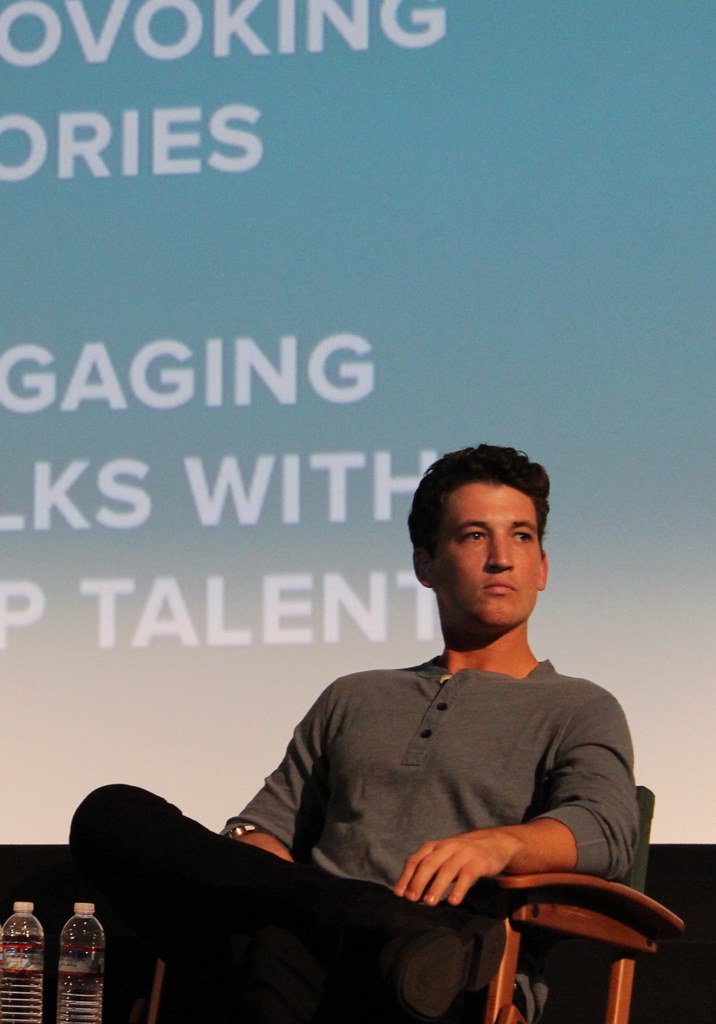