Following a screening of "The Mountain Between Us", Director Hany Abu-Assad and Composer Ramin Djawadi attended a Q&A hosted by Cinema Series host Pete Hammond. Adapted for the big screen from the best-selling novel by Charles Martin, the film details the harrowing story of a surgeon (Idris Elba) and a photojournalist (Kate Winslet) who both, after the cancellation of their flight due to inclement weather, decide to board a charter plane that crashes in mid-flight. They miraculously survive with injuries but soon become lost in the High Uintas Wilderness in eastern Utah facing extreme weather conditions.

Special guest Hany Abu-Assad studied and worked as an airplane engineer in the Netherlands before switching careers to create films. His projects include the documentaries Dar O Dar for Channel 4 and Long Days in Gaza. He is best known for his work on Paper House, Curfew, The 13th,The Fourteenth Chick,  Nazareth 2000, Rana’s Wedding, Ford Transit , Paradise Now, Omar, The Idol and The Courier starring Jeffery Dean Morgan, Til Schweiger and Mickey Rourke.

Special Guest Ramin Djawadi is a Grammy® and Emmy® Award-nominated composer, he has defined his career with celebrated television scores that include Game of Thrones, Prison Break and The Strain as well as blockbuster films such as Pacific Rim, Iron Man, Clash of the Titans, The Wall and many more. He collaborated on the feature film Pirates of the Caribbean: The Curse of the Black Pearl with Hans Zimmer and went on to personally score Blade:Trinity, the animated feature Open Season and tapped the talents of Rage Against the Machine, Audioslave, and Prophets of Rage guitarist Tom Morello for key cues in Iron Man and Pacific Rim.

"The Mountain Between Us", starring Idris Elba, Kate Winslet, and Beau Bridges, will be released in theaters on October 6.

Listen to the Q&A and browse photos from all 2017 Fall KCET Cinema Series screenings below. 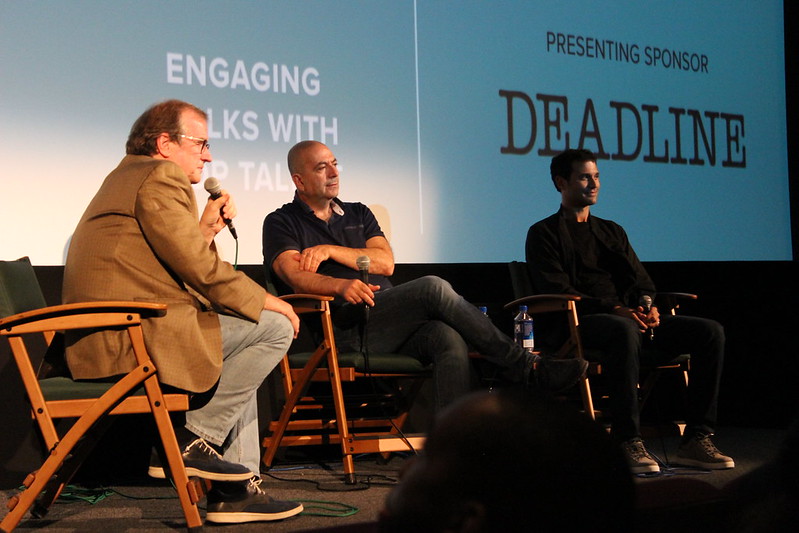