Cinema Series host Pete Hammond, Director of Photography Janusz Kaminski and Production Designer Rick Carter take questions from the audience after a screening of "The Post."

Following a screening of “The Post,” director of photography Janusz Kaminski and production designer Rick Carter attended a Q&A hosted by Cinema Series host Pete Hammond. Meryl Streep and Tom Hanks head an all-star cast in Steven Spielberg’s new film which chronicles the publication of the classified Pentagon Papers by The Washington Post and The New York Times in 1971. The document exposed the U.S. Government’s deceptions about the country’s involvement in the Vietnam War. The findings resulted in a shockwave that revealed the truth about the White House findings and a war that couldn’t be won.

Special guest Janusz Kaminski has created some of the most lasting and memorable images in cinema history. A native of Poland, Kaminski has enjoyed a long and illustrious career. His cinematography credits include "Schindler’s List," for which Kaminski won his first Academy Award® for Best Cinematography, "The Lost World: Jurassic Park," "Amistad," which received an Oscar® nomination, "Saving Private Ryan," for which he received his second Academy Award, "A.I. Artificial Intelligence," "Minority Report," "Catch Me if You Can," "The Terminal," "War of the Worlds," "Munich," "Indiana Jones and the Kingdom of the Crystal Skull," "War Horse," "Bridge of Spies," "The BFG" and the upcoming "Ready Player One."

Among Kaminski’s other credits as cinematographer are "How Do You Know," "Funny People," "The Diving Bell and the Butterfly," which received an Oscar nomination, "Jumbo Girl," "Jerry Maguire," "Tall Tale," "How to Make an American Quilt," "Little Giants," "The Adventures of Huck Finn," "Killer Instinct," and "The Judge" among many others. Kaminski’s directing credits include "Lost Souls" and "Hania "(on which he also served as cinematographer). He is also directing and working as the cinematographer on the film, "American Dream."

Special guest Rick Carter won an Academy Award® for his design of "Lincoln" in 2013. In 2010, he won an Oscar for his otherworldly production design on "Avatar." Carter received Oscar nominations for his work on "Forrest Gump" and "War Horse." Carter’s design credits also include "Munich," "War of the Worlds," "A.I. Artificial Intelligence," "Amistad," and the blockbusters "Jurassic Park" and its sequel "The Lost World: Jurassic Park." Carter has also been the production designer on the films "The Polar Express," "Cast Away," "What Lies Beneath," "Death Becomes Her" and "Back to the Future, Parts II and III." Carter most recently designed "Star Wars – Episode VII" and "BFG." 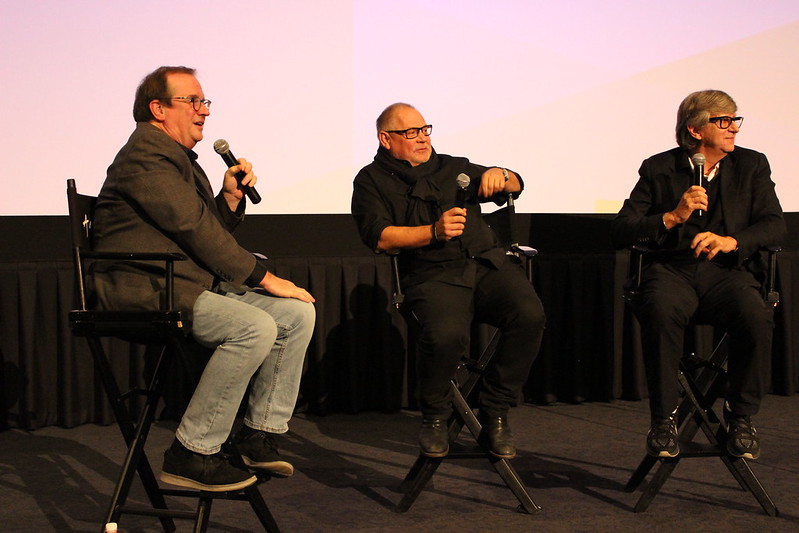